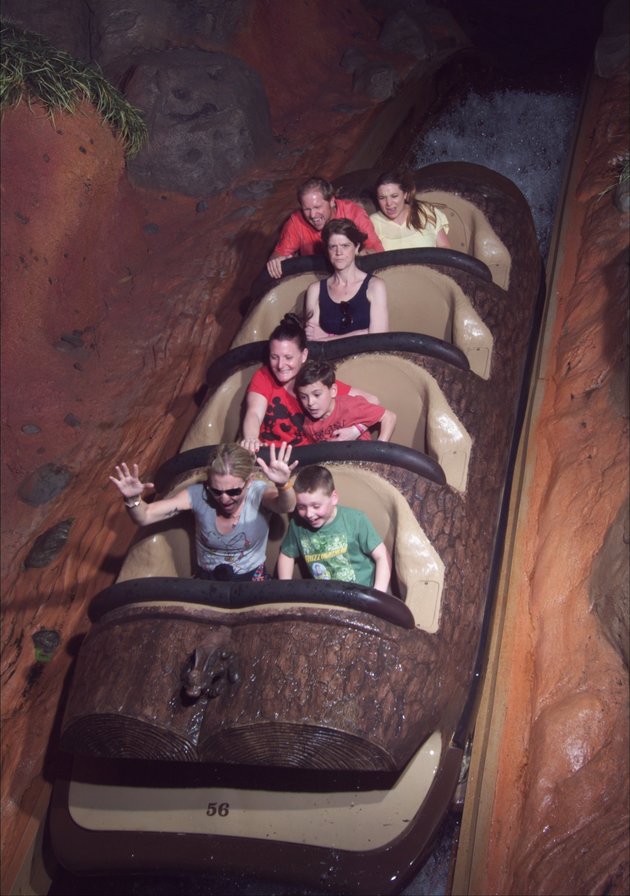 Jordan Alexander was very much looking forward to riding Splash Mountain alongside her husband, Steve, during a recent trip to Disney World. “Splash Mountain is my favorite ride… and he promised me he would go,” Jordan told Inside Edition. But when the time came, Steve just wasn’t feeling up to it. “It had been a long, hot day — we had our baby son with us, as well as [Jordan’s] parents,” Steve told The Huffington Post. “We’d ridden a bunch of rides, but by this time, I was tired, and I didn’t have any more rides in me.” His wife responded by riding solo, taking the sassiest mid-ride photo to express her disappointment. When Jordan got off the ride, she handed the photo to her husband of seven years. “I doubled over with laughter, honestly,” he said. “How could you not? Seeing THAT picture after all that? Amazing.” The photo, posted to Imgur last week, has racked up more than 2.5 million views. “It’s not every day that something that was a private little joke of yours goes out to entertain the world,” Steve told HuffPost of the viral fame. “We’re just glad people like it.”