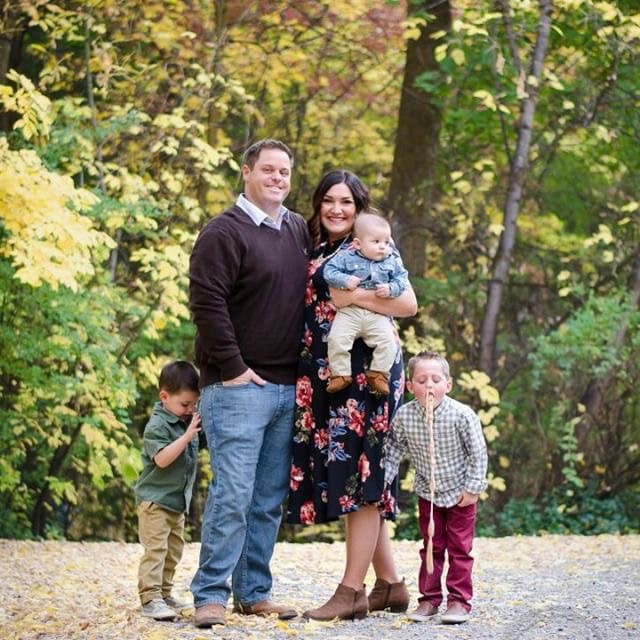 “During family pictures my bouncy 5-year-old was a little sluggish but I was thrilled that he wasn’t hyper. When my photographer said “Ummm he just threw up,” I thought she meant the baby, so I checked him for spit up, saw none, and said, “No he’s good.” Then I saw the puddle at my feet. We rushed to the car and as we were driving away the photographer flagged us down to show us the picture she had captured. We laughed so hard we cried.

That was the only time he threw up that day, and he was totally fine and hour later, so we were puzzled. The next day, as my husband and I kept discussing that he must have eaten something that upset his stomach, he finally came clean. While we had been upstairs getting dressed, he snuck into the kitchen and ate a whole tub of ice cream. Then he cleaned up the mess and thought he got away with it. Apparently, he didn’t understand how that much ice cream would make him so sick. He learned the hard way! And it made for a great Christmas card!”

(Submitted by Chelsy. Photo by @byeemilyphotography)