Wax On, Wax Off 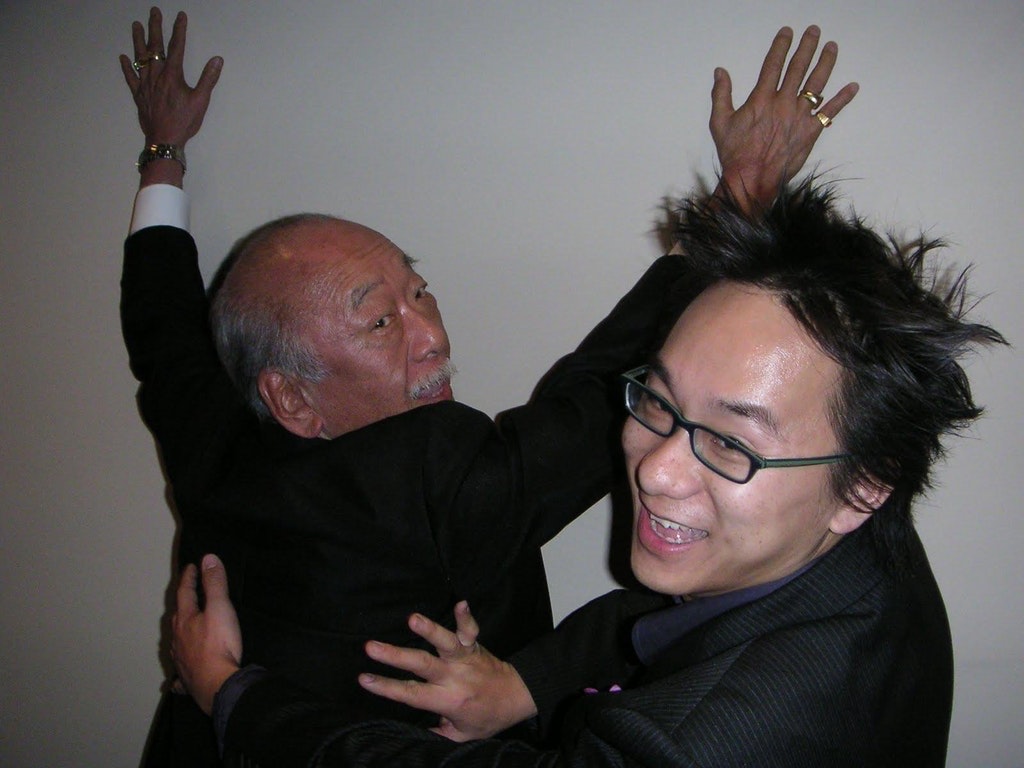 “This is a photo of me when I met Pat Morita roughly half a year before he passed away. He was getting honored at an Asian award show that I was volunteering at, and when he walked by he pointed at me and said ‘I want that hair!’

He was being followed by a bunch of other photographers and one of them said to take a picture with the guy with the crazy hair. He immediately went up to the wall and put his hands up on it, so I pretty much said to myself “ok, I guess I’m frisking Pat Morita”.

I was quick enough to give my camera to a friend of mine and she took the photo that you see here. My moment with Pat was super brief but I’ll never forget it!”