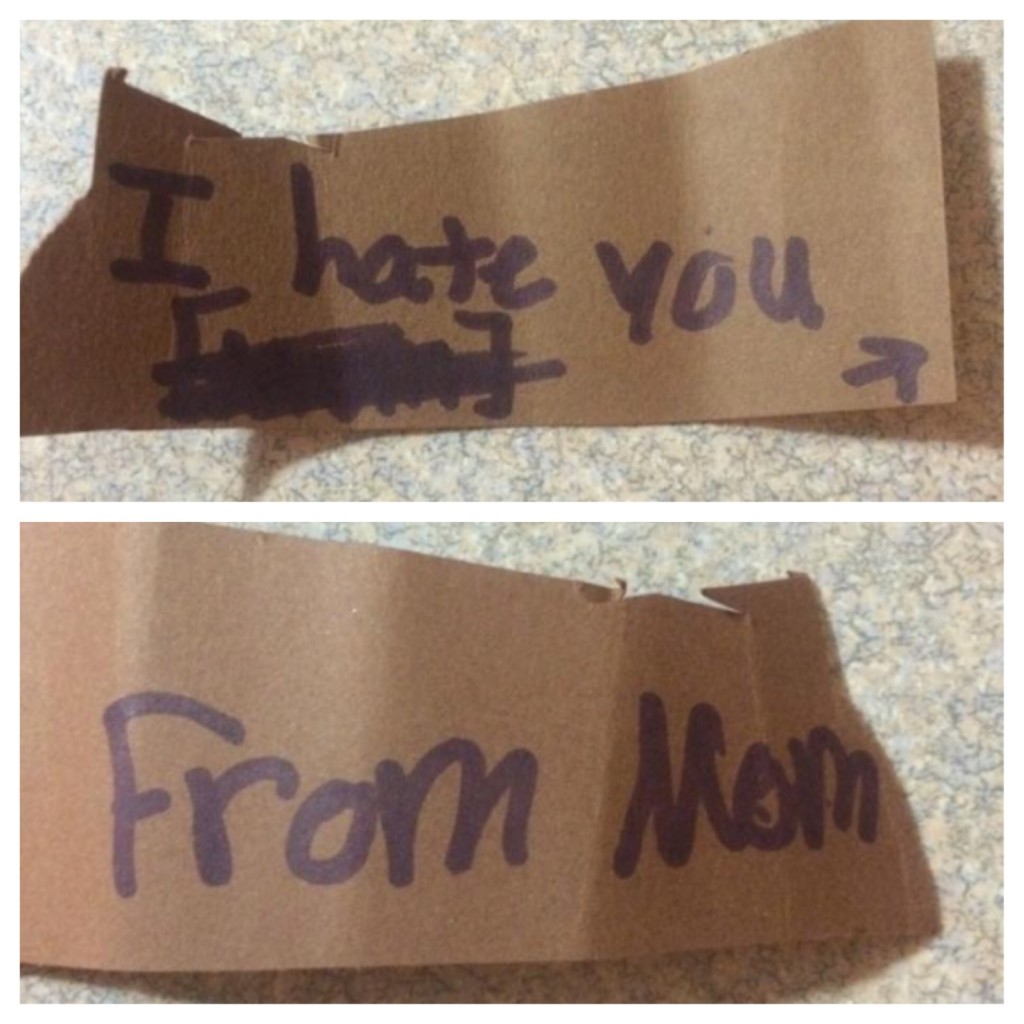 “My 8 & 9 year old sons had a huge fight which got the 9 year old sent to the room that they share.  A few hours later, the 8 year old comes to me with a note he found under his pillow.  I could only see the side that said “I hate you” and was just starting to explain that sometimes people say things they don’t mean when they’re angry, when he flipped it over revealing the reason why he looked so devastated. My 9 year old  denies he was the one who wrote it to this day, but it is clearly not my handwriting.”