“My husband doesn’t remember this day but I’m not sure how you forget the Duck Lady.”

“This was during our family trip to Costa Rica.”

“This Easter, we finally managed to get a family picture right.”

“It was my last week of wrestling and the last week that I would have the varsity uniform, so I wanted to get some action shots and my mom was the only person around to capture the action.”

“Get a bowl cut they said. It would look cute for family picture day.”

“Our daughter was not cooperating at the photoshoot.”

“This is me on my Wedding day. My Dad decided he would wear his best attire to walk me to the preacher.”

“The 3 older kids (including myself with the red hair) were victims of the grunge/punk/goth surge of the early 90’s.  A ton of pent up teenage angst between 3 high schoolers.  As you can probably tell, none of us were very thrilled at the idea of a family photo.  My two younger brothers simply had the misfortune of being young!  We didn’t have a lot of money growing up, and while my mother is an absolute sweetheart she was not a professional hairdresser for obvious reasons. Put the bowl on the head and snip away!!” 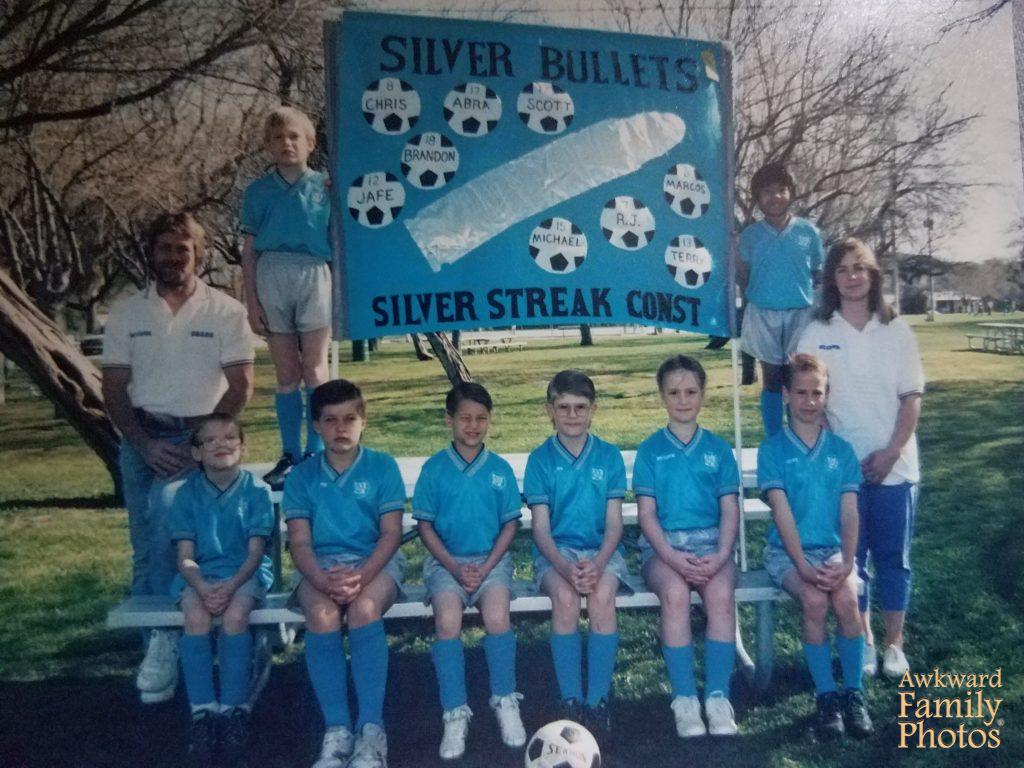 “This was our soccer team’s banner in the early 90s. My Grandma and Mom made it. The balls were felt.”

“My ex-girlfriend and her brothers and father, all looking a little goofy.”