The Space Lady And Son 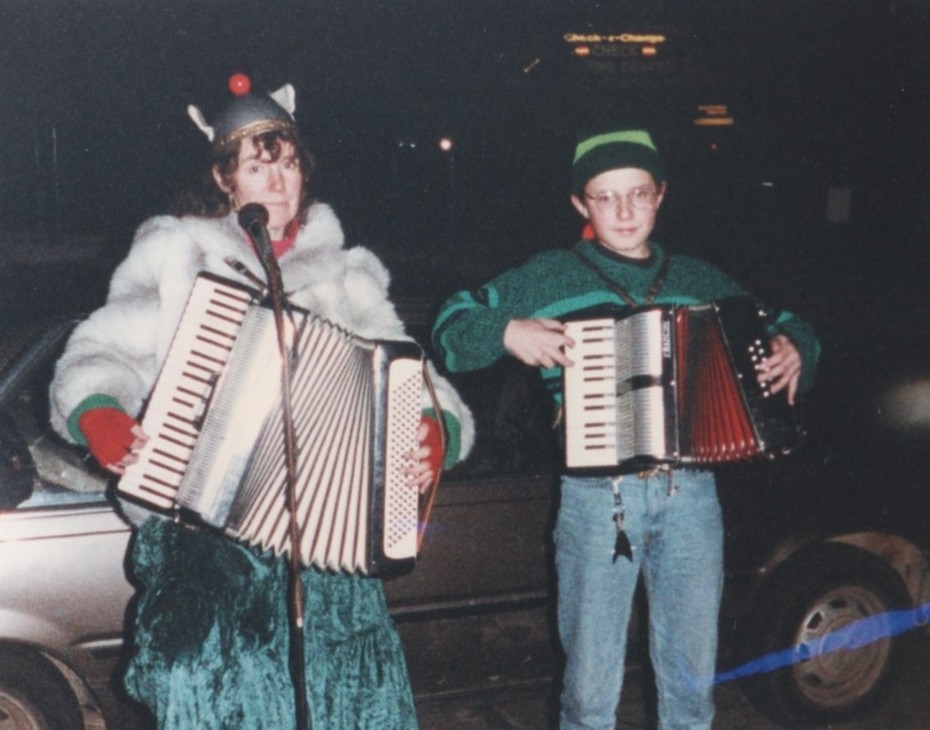 “This is me and my Mom performing on the streets of San Francisco, circa 1994. As you can tell from this pic, I’ve been blessed with impeccable fashion sense my whole life:
✓ Cosby Sweater (before it was creepy)

Also for anyone curious, my mom is “The Space Lady,” a famous* street musican and “outsider icon.” Her Greatest Hits album was originally released on hand-made cassette tapes back in the 80’s. It was re-released by an actual record label a couple years ago and was named in Vice Magazine’s 50 Best Albums of 2014 and NME’s “101 Albums to Hear Before You Die”