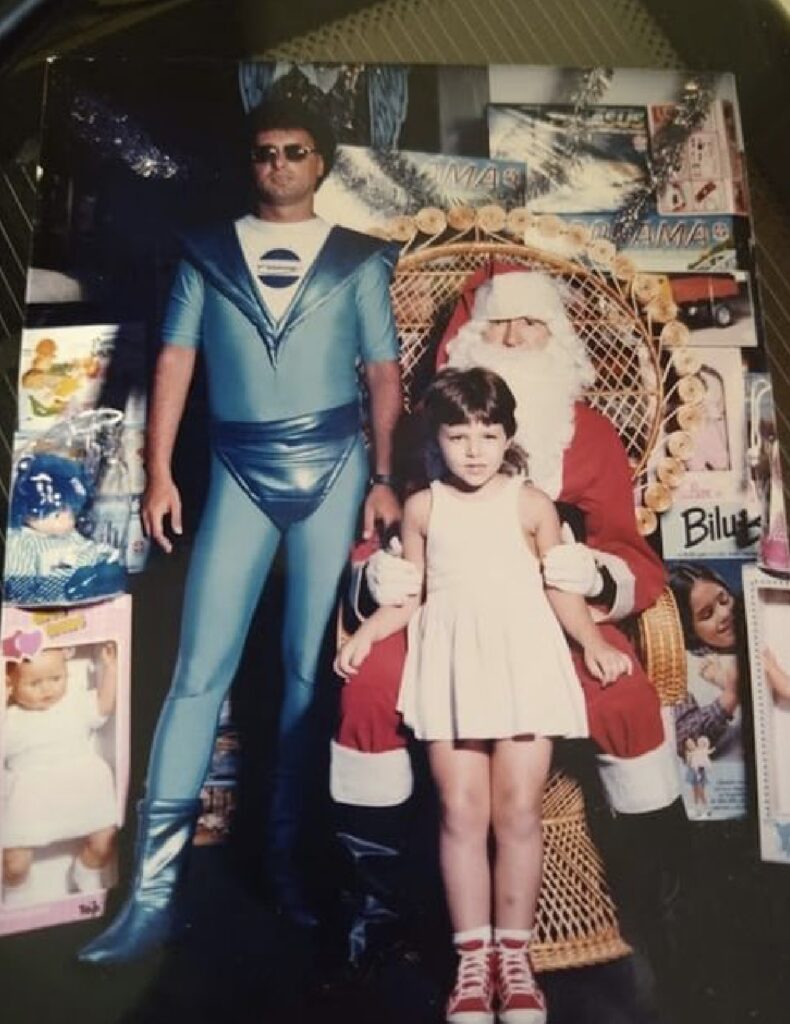 “This is not a picture of terrified 6-yr-old me being held hostage by Santa Claus and his not-so-little helper, but actually a real holiday photo shoot at a toy store during Christmas season in 1985. In case you’re wondering what Santa’s helper was wearing, it was a Halley’s Comet-inspired costume because Halley’s Comet was all the rage in 1985.” 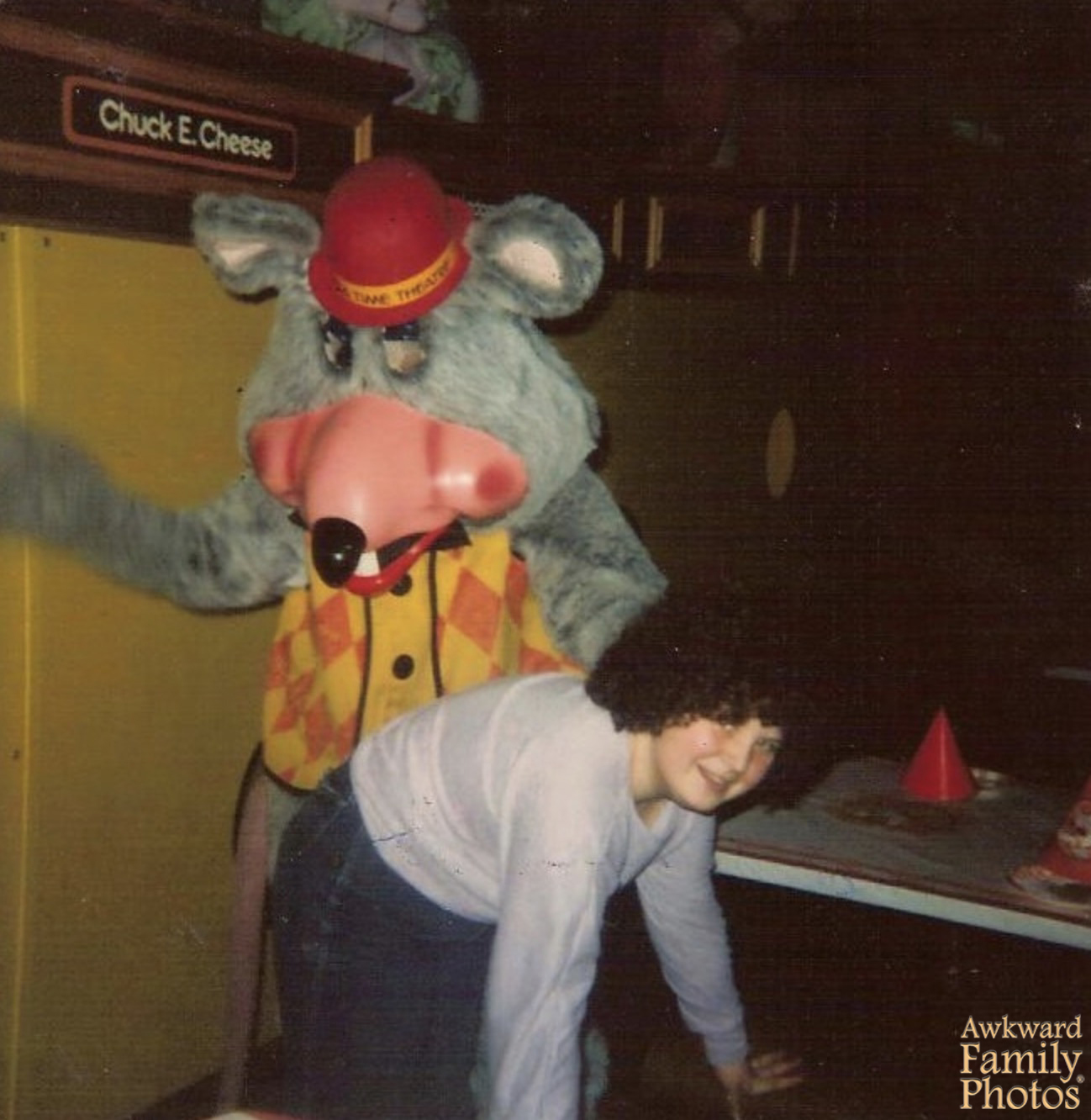 “Me on my birthday, December of 1982. Not sure what is more embarrassing, the home perm I got for my birthday or the fact a giant mouse is giving me birthday ‘spankings’.”

“My sister and my parents sporting their Australia, Gold Coast 1982 fashion.”

“Summers at my grandparent’s house in Austin, TX in the 80’s were the best where we would tool around town on grandad’s moped. Helmets, shoes, and pants optional. What could possibly go wrong?”

“My brother and I were asked to do a shoot for our hairdresser. I think we got a free lunch out of the deal and a life size poster!”

“I got my own phone line when I turned 13 because this is what I had to deal with.” 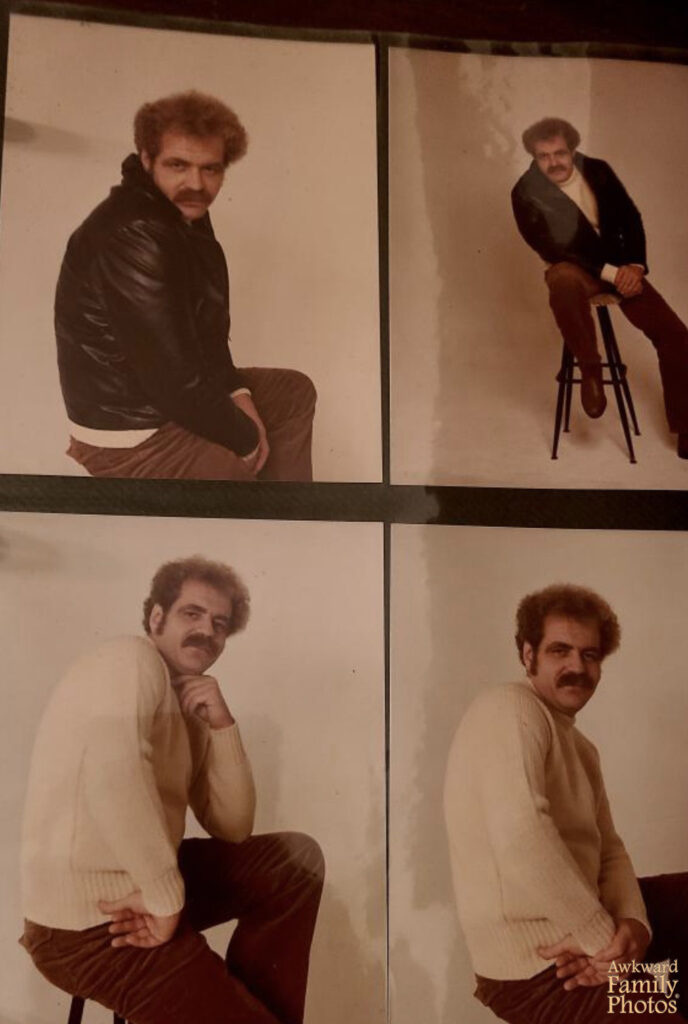 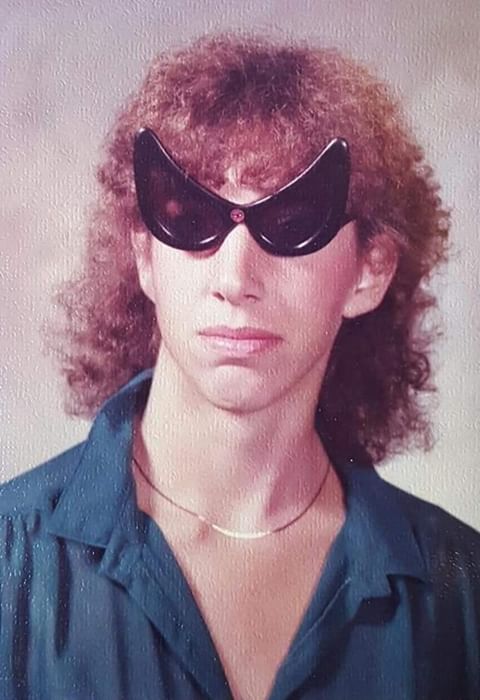 “My 1981 high school yearbook photo with perm and Spiderman glasses.”