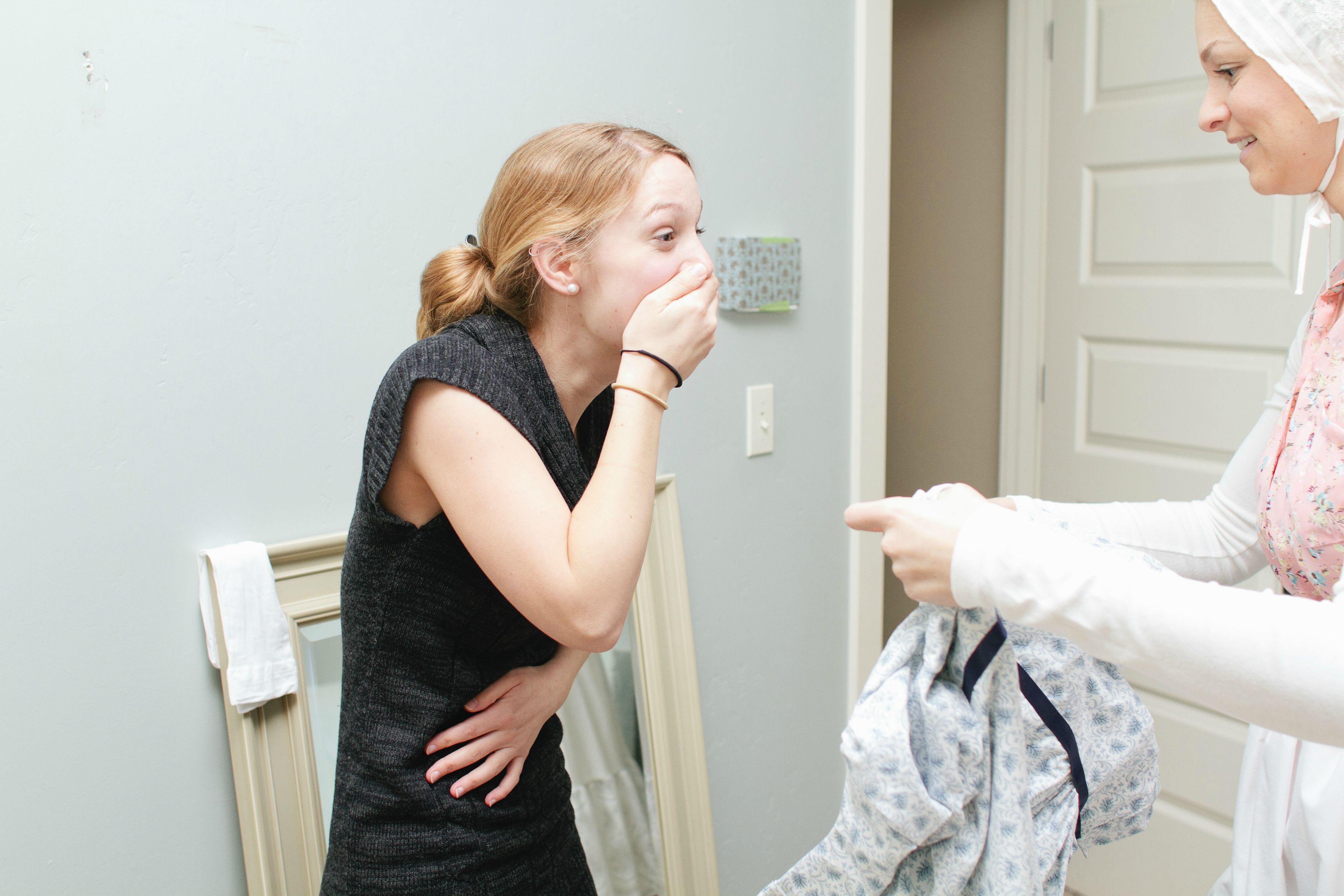 “My boyfriend organized a surprise Pride & Prejudice-themed proposal for me!”

“I walked in the house, not expecting my sister to seize me and start exclaiming that Mr. Bingley had returned to Netherfield at last”

“Mom had spent two weeks making five dresses. I was put in a dress by a different sister and given a script; I was cast as Lizzie Bennet.”

“Mom and Dad, the honorable Mr. and Mrs. Bennett.”

“My brother-in-law as Mr. Bingley; My boyfriend as Mr. Darcy as he tries to keep a straight face.”

“I just about lost it, but everyone else did a great job of keeping character for half an hour of scenes.”

“Here’s a scene between Lizzie and Mr. Bennett.”

“And then there’s the scene where Darcy and Lizzie go for a walk, and my boyfriend popped the question!”