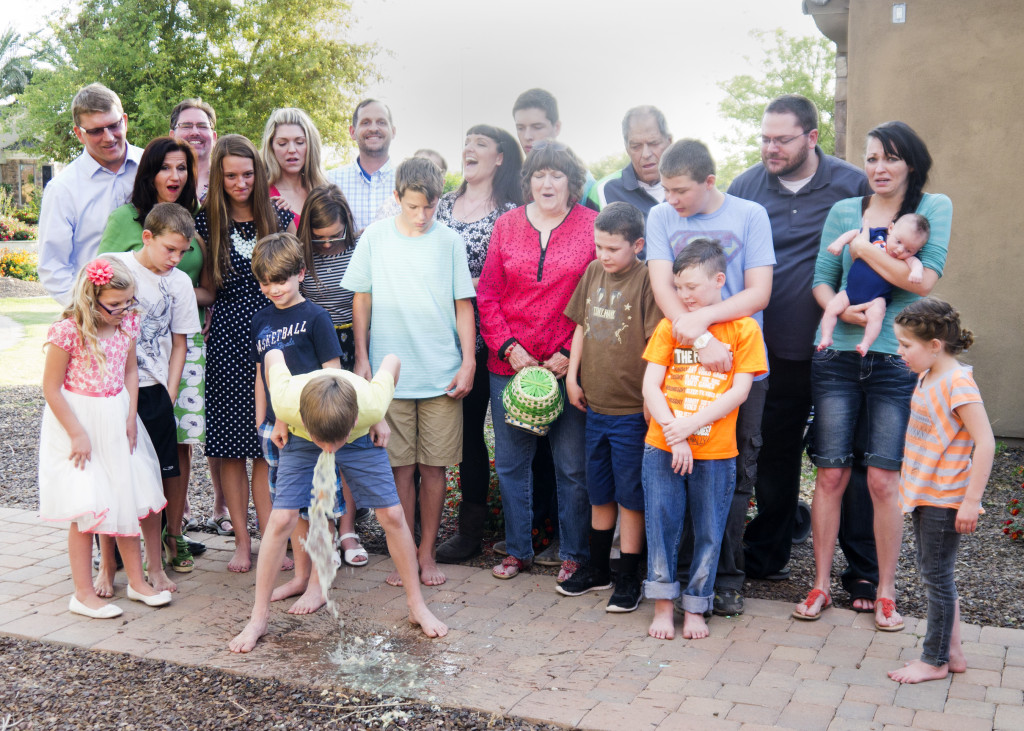 “Some members of the family were late for another Easter dinner they needed to attend, my father-in-law was grumping about standing for too long, my brother-in-law ran to grab the ladder so I could set the camera on it as a kids were escaping left and right. After twenty minutes of gathering the crew for a quick portrait before we dispersed, I finally figured out how to set the self-timer, framed the photo and clicked the button. I ran to my position and focused on being ready for the shot- I didn’t want to do this undignified dance too many times…

Immediately, though I dutifully maintained my permagrin for the camera, I realized something had gone terribly wrong. When the red light ceased flashing, I looked down and saw what had happened and my first thought was a disappointed “I totally missed that.” Some were laughing at the cousin who had caused the disruption while others were rushing to the hose for a leg rinse. My wife, the one in the middle laughing the hardest, said “you better check the camera and see what you got.” She always was the most quick-witted amongst us.

I only had the one frame to review and immediately I was shocked that I had accidentally captured the perfect moment in tack sharp clarity. Everyone gathered around the camera a good distance from the impact zone and the laughter and analysis multiplied as every expression was scrutinized and classified.

Yes we did move down the sidewalk and take an official Easter dinner portrait, but the subsequent photos we took will never replace the one that captures the moment when one young cousin felt the result of consuming far too much fresh squeezed lemonade with his meal.