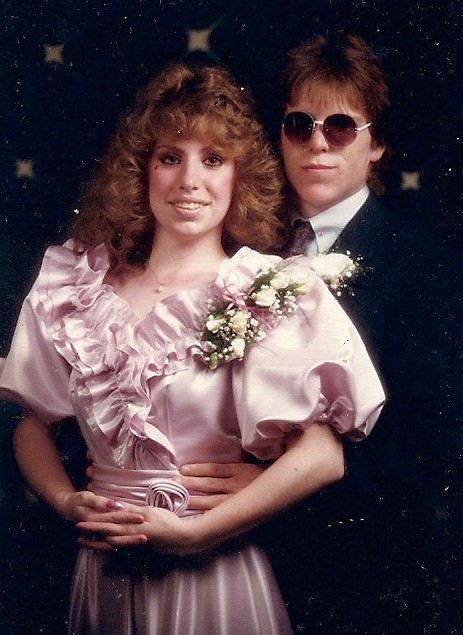 “In the fall of ’85, when I was a junior in high school, a new, slick student asked me to go to Homecoming. I was smitten and immediately said yes. After my mother bought me a rather expensive (and fluffy) dress, the slick boy of my dreams asked someone else and dumped me. I was embarrassed and heartbroken. A few days later one of the nicest and most popular seniors in the entire school asked me to go to homecoming in the hall. While it was painfully obvious that he had been roped into it by a parent or my bigger brother, I agreed to his self-sacrifice. We ended up double-dating with one of the girls in my class and her senior boyfriend, and I had a wonderful time. He even kissed me good night, in that polite, “you weren’t a bad pity day” sort of way that good guys do.

John, wherever you are, you were my red-headed knight in shining armor. And sunglasses. So no one knew it was you who was with me. I bet you turned out wonderfully.”